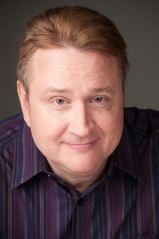 Written and Directed by John Haderlein

This blog is so overdue, but had to say a special thank you to John Haderlein for authorising A2ndvoice in showing this untold story. This documentary has never been shown in the UK and is a story that needed to be told. John Haderlein kindly sent me my own personal copy to show on the day, but I really believe that everyone needs to learn to understand, how Autism can be misunderstood that can lead to a fatal.

This short film highlights the difficulties that society can overlook and misdiagnose as something else, but sad to say. The church got caught up in the news.

The reason for me showing this documentary at Autism, Women & the BME Communities was due to many of my own challenges, experiences, to not knowing why my son’s unexplained behaviour was causing problems in the home, in the community  and also in a church setting.  There needs to be more inclusion within all Churches, if they are unable to help. Then what can be done in helping that family? Is your Church Inclusive of all disabilities?

Over the years I have found out that I was not alone as many other individuals, parents and families raising their children, teenagers to adults within their faith groups felt they were being judged and everyone seem to know how to deal with a child who seem to act up anywhere.  Questions and answers amongst many parents that I have spoken to. Keeping quiet, walking away or just accepting the emotional abuse as many wanted to be accepted…  No one is perfect, but one question I have to ask. Where are the professionals, specialists or parents within these settings that or who may have time to help a family in need amongst their congregation.

I rest my case.. Money will always be a problem, but for those who suffering in silence or not being heard. How could you help that family, if you do know of someone. We need to tackle Autism and Aspergers across the boarders and not just in the School Setting.

I learnt by trial and error, but not everyone is blessed to be in a place of worship, amongst those who do work within the school setting, child services to NHS who can support families who come through the door looking for help in ways that is not financial, but seeking their spiritual journey without being knocked down, because you have a child or teenager that is not able to control..

My son has made me more thick skin as I went through silence of confusion, hurt and betrayal from everyone who could not help me and it was not their fault.. It’s lack of knowledge, understanding and for those who are within their Faith Groups to speak up and not allow for those in the World to be quick to point at your place of worship for failing a family.

When my son “Nathaniel” was diagnosed in April 2008 with Autism and ADHD as explained in my first blog, I found it extremely difficult in seeking for support or guidance from those close to me. My form of communication and seeking for advice was to Google search anything that was linked to the Black Community (know that many will be angry, due to Autism Speak partnering with NCBI, but how many Black Churches in the UK and around the World doing the same) and Faith Groups.   No surprise, I found this documentary in three parts on You Tube, I shared the short film privately amongst afew people and church communities via email and Facebook, but didn’t want to alarm or offend anyone. At times I would go back and look at the video clip and remember how and still do til this day, hear people tell me my son is sick and he will get better with prayers or deliverance.  I just leave that alone….

Nearly 6 years on, with so many families complaining to me about how faith groups have alienated or misjudged them for their child’s inappropriate challenging behaviour as being possessed by demonic spirits, due to bad parenting or a broken home. Some excuses “God was punishing you”, some people just want to play God, but don’t get caught up in the argument.  Seek for the right support, whether it be in your place of worship or outside.

This 30 minute documentary takes an uncompromising look at the bleak plight of autistic children, specifically the life and tragic death of Terrance Cottrell, Jr., an eight year-old, African-American and severely autistic boy suffocated, during an exorcism ceremony in Milwaukee in 2003.

He lived with his single mother, Patricia Cooper, in the impoverished northwest side. He was diagnosed with severe autism and was becoming increasingly combative.

Desperate about her son’s ability to stay in school, and unable to access appropriate community resources, Patricia turns to her church. This “church” is an informal grouping of six families with two self-ordained ministers at the helm.

Raymond Hemphill, an untrained minister, and a janitor by trade, offers to cure Terrance of his severe autism by performing “exorcism” ceremonies on the boy over the course of three weeks. The final night, August 22, 2003, ends in Terrance’s tragic death after Reverend Hemphill lies on the boy for over two hours in what turns out to be the final exorcism.

Raymond is charged in the boy’s death. A trial ensues, and Hemphill is convicted. Although he goes to prison, Terrance’s family, neighbours, teachers and friends are forever left to pick up the pieces of the life of a young boy they affectionately referred to as “Junior”.

With the current Center for Disease Control estimate of autism plaguing 1 in every 166 children, this malady is nothing short of an epidemic. What causes autism? Vaccines? Mercury? Environmental factors? Who is working on a cure? Where were the community resources for Patricia Cooper? How did this little boy slip through the cracks? Was his death the result of discrimination because he was African-American? Was it because he was poor?

“Junior: The Terrance Cottrell Story” frankly documents the bleak situation of autistic children, especially African-American children who live in poverty, and how, as this botched exorcism showed, the road to hell can be paved with good intentions.

A glimmer of hope is revealed in the cures that are being researched, in the parent groups that have been formed to deal with this burgeoning autism epidemic, in the tireless efforts of good-hearted educators who are trying to come up with academic solutions with less and less funding, and perhaps, in helping reshape the attitudes of society to accept persons that are simply “different” from the mainstream.

Mother of 3, raising awareness about Autism and Abuse. Two of my youngest teenagers (15 and 18) both have autism and ADHD. The youngest has Benign Rolandic Epilepsy and my oldest daughter (20) has Moderate Language Difficulties and has a 2 year old son. Currently Branch Officer for Lambeth Branch for the National Autistic Society, Member of the Advisory Group for the All Party Parliamentary Group on Autism, Member of the NHS England and NHS Improvement Parent Participation Forum, volunteer for Cassandra Centre and Groomsafe View more posts